Creative Container Gardening Nourishes Ourselves And Our Earth 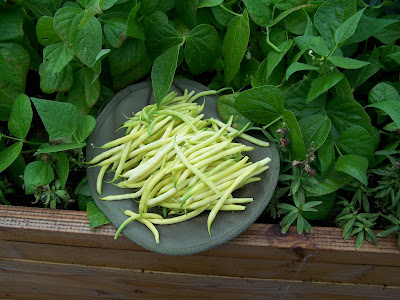 (This is a reprint of an article that first appeared in LA Yoga magazine, June, 2009.  It is still applicable.)

NOTHING COMPARES WITH THE TASTE of freshly picked, vine-ripened, home-grown tomatoes. Sweet, juicy, delicious, colorful, bursting, it’s something special. Even the most organically grown, farm fresh produce isn’t quite the same as the loving care we take with growing our own food. While we may long to grow our own, we may feel constrained by apartment or urban living. By thinking out of the container a little bit, it’s possible to grow food in a very small space, even a patio or balcony. If we are creative about it, it can be an exercise in artistic living. It’s time to scrap the old mentality that has food production in containers looking like little mini-farms with Roundup-clean fields. We can cultivate containers filled with edible plants that are as glorious to look at as they are to eat.
Growing food is a project with a time commitment that gets stretched out over several months. Before beginning, it’s a good idea to meditate on why this is important in order to prevent (or minimize) any potential for the spirit to start flagging midstream.
Some popular reasons to grow your food include:
Plants nourish us in so many ways, yet our modern society has attempted to reduce all life to a soulless materialism based on constant consumption. A focus on growing our own food breaks the societal patterns which pull our heads in a million directions with constant messages about spending and conforming. Actually growing food is at odds with the consumptive mindset. This can force some uncomfortable decisions. When the plants need attention, do we dare choose the silence and peace of growing plants over the glitter of a night at the movies? It is important to remember the benefits of having your own garden: the taste of freshly-grown produce, and the connection with the earth and the cycles of life. These benefits are motivations to water your plants before you fall into bed countering the temptation to neglect our garden, especially after coming home exhausted after a rough day.
There’s an affirmation here, though, growing your own food, even if it’s a small portion of what you eat, makes a very direct statement, to you and to the world, of your intentional love of yourself. By enjoying food cared for with love and intention, you express your love for the planet so many people call home.
Sunlight

The Garden in April 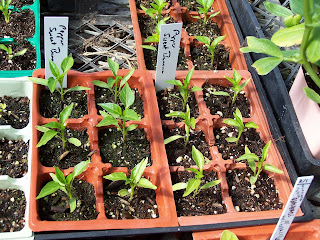