Just Label It Damn It! 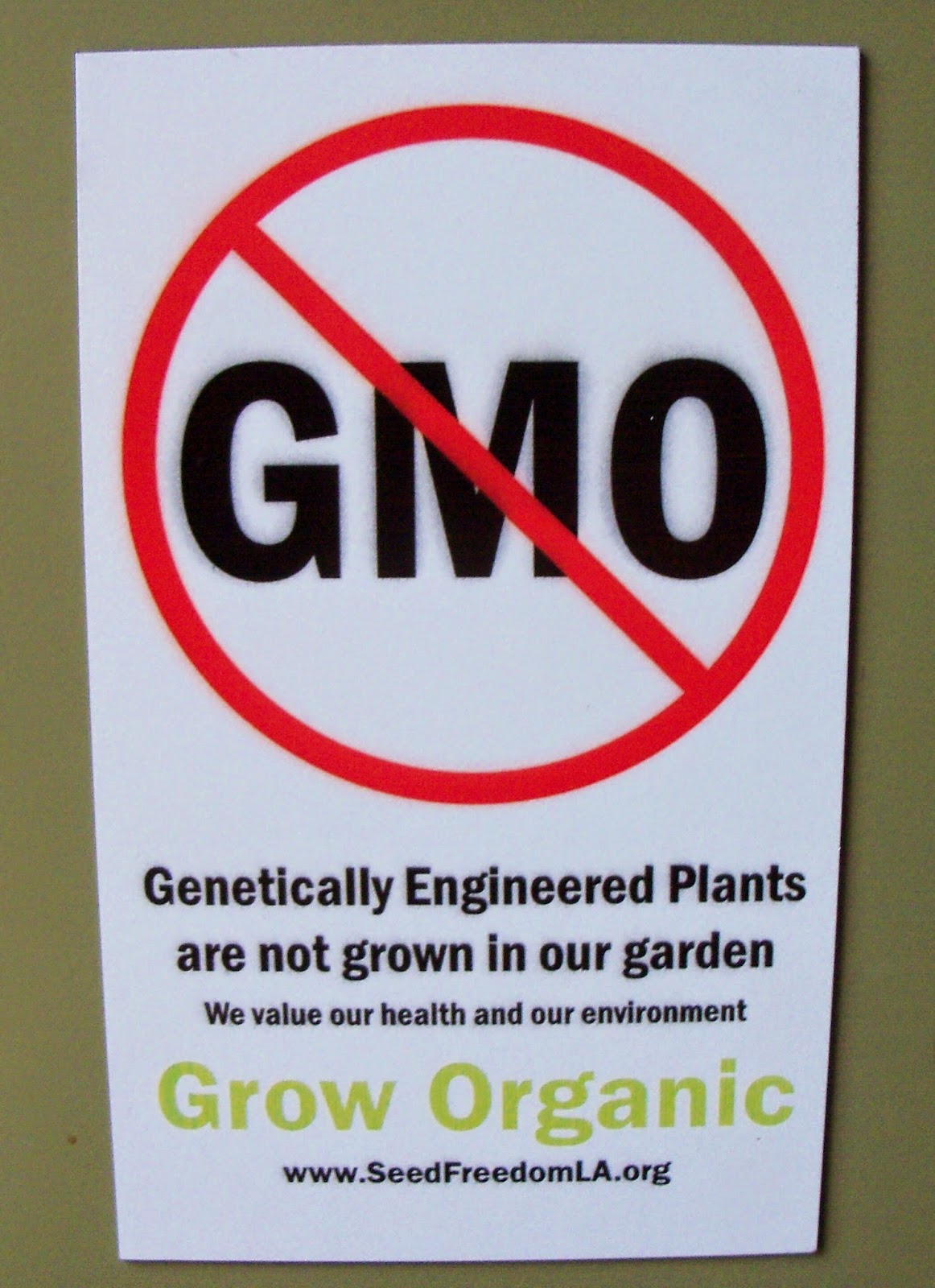 I'm just back from another trip to downtown LA beseeching the Rules Committee to put a proclamation on the City Council agenda in support of California Senate Bill (SB) 1381.  It passed and now it moves onto the full council agenda, probably in 30 days.

So why all this opposition to labeling genetically engineered foods?  It makes perfect sense to me and to a majority of Americans according to repeated polls.  Only the genetic modifiers themselves and their paid supporters seem to oppose it - but they have money and a take no prisoners attitude.

But, why should they oppose it?  After all, GMO foods are just like other foods right?  That's why they don't need to be labeled and that's why there doesn't need to be any real, independent research before we feed them to ourselves and our children.  Right?

Not so fast.  First off, they clearly don't believe their own propaganda.  If they are just like other foods, why do they believe they should have a patent to protect their 'invention' from being copied?  Obviously, no matter how you slice this, it is obvious they themselves feel it IS different - no matter what they say.  But that alone is not why they oppose labeling.

The manufacturers of genetically modified organisms that are in our food are afraid of only ONE thing and I'm going to tell you what it is. It isn't labeling, per se.  It is one of the possible (probable?) effects of labeling:

GMO LABELING WILL ALLOW CONSUMERS TO TRACE PRODUCTS THAT MAKE THEM SICK BACK TO THE COMPANY/COMPANIES THAT HAD A HAND IN PRODUCING THOSE PRODUCTS AND MAKE THEM LIABLE.  CULPABILITY.


If there are a LOT of sick people, sick because they ate GMOs, guess who would be sued out of business?  To find out, all you have to do is look at the organizations fighting labeling and the front groups they create.  That, my friends, is why there is opposition to labeling.  It is the death knell to GMOs because those companies KNOW there has not been sufficient research on these inventions that can prove they are truly harmless - in fact, quite the opposite.  There is a LOT of disturbing news about GMOs and we KNOW already they devastate the environment, they mess with nature in truly degenerative way that will destroy agriculture in any country that continues their use.

Do not give up my friends.  This is will become a game-changer in American business. The liars and cheats and can still be whipped.  But we must label food with messed up genetics and be able to trace the sources when finally we get enough research on genetic engineering and can make an informed choice.

IF I am wrong, no foul.  No one gets sued.  But they are so unsure of their own products they are fighting labeling tooth and nail.  Carry this message far and wide:  Why are they afraid of us knowing what is in our food?  Just label it, damn it!