A Soils Bibliography by David King 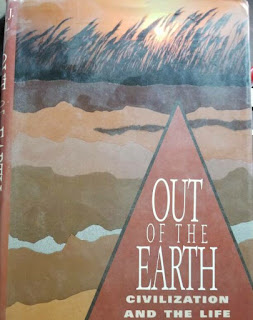 Not all these books are "soil" books. "Out of the Earth" is a book about the history of soil as much as it is about soil, and likewise, "The Worst Hardtime" is about the degradation humans did to the soils of the mid-west in the 1920's resulting dust storms. Note, drive up the 101 for a few miles out of LA and look at how the fields and orchards are planted. It's the same way farmers plowed back in the 20's and 30's. (I just discovered that "Out of the Earth" now has quite a price. It must be out of print at this point.)

Out of the Earth: Civilization and the Life of the Soil; ©1992 University of California Press , Hillel, Daniel. Hillel has written one of the most beautiful books on soil that has ever been published. This book introduces a little of soil science to the reader, but more than that, it fosters a love of the soil and an understanding about the magnitude and gravity of misuse and degradation; civilizations have paid little heed to the soil underfoot and it has cost them dearly. A delightful read!

Soils and Men, Yearbook of Agriculture 1938, © 1938, United States Department of Agriculture, The Committee on Soils. A government publication, no sane person will read from beginning to end! It is referenced here because it clearly shows the US government knew about the soil food web as early as 1938 and chose to ignore that information in favor of more commerce in chemical based fertilizers. We are at a point where ignoring the soil food web is too costly to continue.

Teaming with Microbes: The Organic Gardener's Guide to the Soil Food Web, Revised Edition, © 2010 Timber Press, Lowenfels, Jeff and Lewis, Wayne. This is the second edition of the book that blew my eyes open on the biology of the soil and how we cannot ignore that biology plays at least as big a part of soil fertility as chemistry. We ignore biology to our own detriment and destroy our soils.

The Rodale Book of Composting, ©1992 Rodale Press, Martin, Deborah and Gershuny, Grace Editors. This is the only book to read on composting. Everything else is compostable.


The Worst Hard Time, The Untold Story of Those Who Survived The Great American Dustbowl © 2005; Mariner Reprint Edition, Egan, Timothy. Not strictly a soils book, but a real eye opener that shows how we are repeating many of the same mistakes today as what lead to the disaster we call the Dustbowl. This book is gripping reading and is not fiction. It really happened and it happened on a scale unprecedented in modern times. We can do it again if we fail to heed these words. A VERY good read on soils and man's relationship to them.